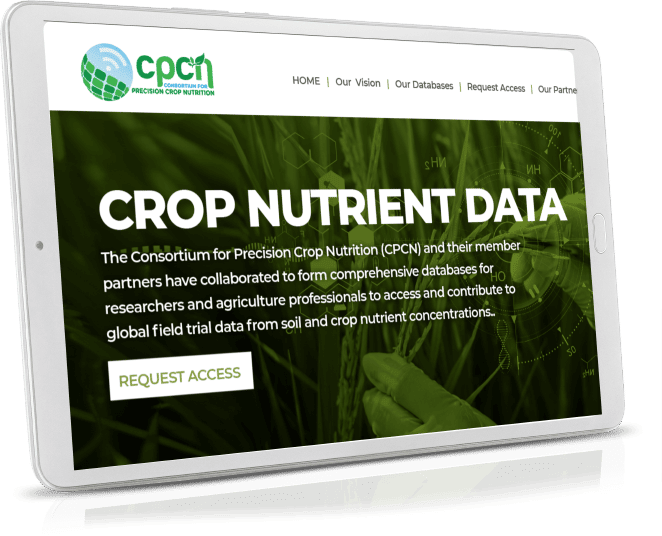 We are excited to empower researchers with the tools they need to develop new crop nutrition solutions faster and more effectively.

Every choice and every action has an impact on carbon footprint. Unlike footprints in the sand, the results of our actions don’t just fade away with the next big wave to wash ashore.

While that sounds like a big responsibility, it’s also a great opportunity to be more aware of carbon-intensive activities and actively work to reduce greenhouse gas emissions.

What is carbon footprint?

Carbon footprint is defined as the total amount of greenhouse gases generated by a person, organization, action, or product. Common greenhouse gases include carbon dioxide, methane, and nitrous oxide.

The consequences of high carbon footprints have already taken their toll on the global climate. The Earth is now over a degree celsius warmer than it was in the 1800s.

Limiting temperature rise to less than one and a half degrees celsius would limit the most challenging climate impacts, but globally, this is out of reach based on current emissions levels. Carbon dioxide emissions, if left unmitigated, could increase the global temperature by as much as 4.4 degrees Celsius by the end of this century.

It’s estimated that US agriculture emitted 669.5 million metric tons of carbon dioxide in 2020, which equates to 11.2% of the total GHG emissions in the US (compared to industrial, transportation, commercial, and residential categories). That’s the equivalent carbon footprint of nearly 167.4 million global citizens.

Globally, agriculture, forestry, and land use change contribute nearly a quarter of all Greenhouse Gas Emissions.

Across cotton, maize, rice, soybeans, and wheat, crop production products had the lowest percentage contribution to the crop’s carbon footprint. These products increase the efficiency of other inputs and production practices, such as fertilizer or tillage, because they protect yield.

They also reduce the need for in-field activities that have high greenhouse gas emissions. In some cases, crop production products have a net positive contribution to carbon footprint.

Different production practices also impact the carbon footprint of a given crop or farming operation. In fact, changes to how farmers farm could reach up to 20% of the required GHG reduction for agriculture by 2050. Some of the most impactful improvements come from production practices like variable rate fertilization, low or no-tillage, and controlled-release fertilizers.

One specific, significant source of greenhouse gas emissions is the manufacturing of synthetic nitrogen fertilizers used to increase crop productivity. Nitrogen is needed for plants to grow, but it can’t be obtained through the air like oxygen or carbon dioxide. Ammonia is a mass-produced compound that contains nitrogen in a form that plants can uptake through the soil. Today, ammonia is commonly used in the form of urea, diammonium phosphate (DAP), compound fertilizers, and ammonium bicarbonate.

Synthetic nitrogen is noted as the single most important element impacting nitrous oxide emissions from farmland and agricultural soils. It’s also the second-most commonly produced chemical in the world, and its manufacturing contributes 1-2% of worldwide carbon dioxide emissions.

The carbon footprint of nitrogen fertilizer includes ammonia synthesis and conversion of ammonia to N fertilizer products as well as transportation and fossil fuel mining.

While the invention of ammonia as a source of synthetic nitrogen fertilizer dramatically increased the number of people that a single acre of land could feed, it also had some downsides. On average, crops only absorb roughly half the nitrogen in applied fertilizers. The remaining applied fertilizer leeches off of fields into waterways or is broken down in the soil, releasing nitrous oxide into the atmosphere.

Synthetic N has been a strong contributor to food safety as well as grain production. Farmers may be applying excessive synthetic nitrogen to croplands due to a lack of scientific guidance and the influence of traditional ideas. Proper timing, placement, and rates of synthetic nitrogen are critical to minimize nitrogen leaching and reduce the carbon footprint of nitrogen fertilizer.

Increasing carbon footprints and a warming planet will have a negative impact on agriculture. Climate stress on crops, such as increased salinity, more extreme drought, and weed-favorable environments are expected.

Shifting precipitation patterns will impact crop yield, by as much as 50% for wheat crops in South Asia. The combination of more challenging environments for agriculture and the increasing world population gives rise to concerns about global hunger.

How Agmatix Can Help Reduce Your Fertilizer Carbon Footprint

It’s difficult to manage what’s unseen or unmeasured.  While Agmatix can’t calculate the carbon emission of fertilizer production, we can calculate it when the fertilizer is used – providing visibility to previously difficult-to-measure information. Farmers and agronomists can easily factor fertilizer, nutrient, and pesticide carbon footprint into their management decisions, and actively work to reduce fertilizer carbon footprint while improving yields.

And because the carbon footprint information is available prior to work being done in the field, it’s never too late to make adjustments with environmental sustainability in mind.

Our Digital Crop Advisor helps farmers reduce the fertilizer and crop protection carbon footprint of their crop production by optimizing crop nutrition management. This ensures just the right amount of fertilizer is added to the field.

Producers won’t unknowingly apply excess amounts of fertilizer and can ensure the product is applied at the right rate, at the right time, and in the exact right place. The Digital Crop Advisor makes it simple and streamlined to optimize carbon footprint.

Using Digital Crop Advisor can also help sync up application times to reduce passes through the field. With fewer fertilizer applications delivering an optimized rate, fuel use is reduced – a benefit for the farmer’s wallet that reduces the fertilizer carbon footprint.

The UN has identified a global need to reduce emissions by 45% by 2030 and reach net zero by 2050 in order to keep global warming below the 1.5 degree Celsius warming limit set by the Paris Agreement. Staying below that warming threshold will keep the planet liveable and avoid the greatest risks of climate change. Despite global efforts from a coalition of institutions to reach net zero, current greenhouse gas emissions are not on track to reach the UN’s goals.

Agmatix is committed to improving sustainable food production and quality. With tools like the Digital Crop Advisor calculation of carbon footprint, farmers gain an understanding of the environmental impacts of fertilizer production and application.

We use cookies on our website to give you the most relevant experience by remembering your preferences and repeat visits. By clicking “Accept”, you consent to the use of ALL the cookies.
AcceptCookie Settings
Manage consent

This website uses cookies to improve your experience while you navigate through the website. Out of these, the cookies that are categorized as necessary are stored on your browser as they are essential for the working of basic functionalities of the website. We also use third-party cookies that help us analyze and understand how you use this website. These cookies will be stored in your browser only with your consent. You also have the option to opt-out of these cookies. But opting out of some of these cookies may affect your browsing experience.
Necessary Always Enabled
Necessary cookies are absolutely essential for the website to function properly. These cookies ensure basic functionalities and security features of the website, anonymously.
Functional
Functional cookies help to perform certain functionalities like sharing the content of the website on social media platforms, collect feedbacks, and other third-party features.
Performance
Performance cookies are used to understand and analyze the key performance indexes of the website which helps in delivering a better user experience for the visitors.
Analytics
Analytical cookies are used to understand how visitors interact with the website. These cookies help provide information on metrics the number of visitors, bounce rate, traffic source, etc.
Advertisement
Advertisement cookies are used to provide visitors with relevant ads and marketing campaigns. These cookies track visitors across websites and collect information to provide customized ads.
Others
Other uncategorized cookies are those that are being analyzed and have not been classified into a category as yet.
SAVE & ACCEPT